Gender equality is a social policy challenge of the highest order

While progress has certainly been made in achieving equality, the pace is still too slow. The State Government of Lower Saxony believes that gender equality will remain a policy challenge as long as opportunties for women and men are distributed inequitably – disadvantage must be eliminated.

Even today, there are still significantly more men in top positions in industry, government and administration, and science and research. This is the case despite the fact that women are equally as qualified for and suited to those positions. Women must be afforded the same opportunities in all areas of society.

Further information on equality and gender mainstreaming is available here... (German only). 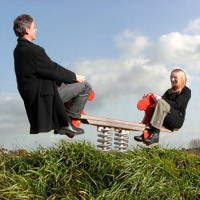