Churches, castles and manor houses, historical gardens, buildings testifying to how both the bourgeoisie and rural dwellers lived in the past, and the numerous relicts marking our technological development - Lower Saxony has a diverse archaeological and built heritage. The state boasts a total of 44,000 historical monuments, most of them in private use, which comprise some 82,000 listed structures. Among Lower Saxony's outstanding historic sites and buildings, which are generally open to the public, are the Cathedral and St Michaelis in Hildesheim, the castles of the Weser Renaissance (such as Hämelschenburg, Bevern and Schwöbber), the Fagus factory in Alfeld, the Rammelsberg mining museum, the Old Towns of Lüneburg and Goslar, the Town Halls in Osnabrück and Lüneburg, the Castle of Celle and two splendid hunting lodges: the Jagdschloss Clemenswerth in Sögel and Jagdschloss Gödens.

The archaeological scene in Lower Saxony has distinguished itself with a series of spectacular finds. For example, opencast mining of brown coal in Schöningen led to the discovery of the oldest prehistoric spears yet found, some 400,000 years old. Another major archaeological project is the excavations at Kalkriese, where workers hunting for relics of the past dug up the site of the battle that took place in 9 AD between German tribes and the Roman legions of Varus. Kalkriese has a museum and park open to visitors. 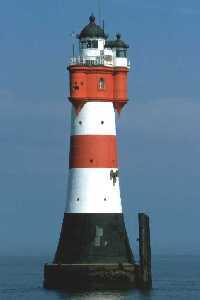