In Lower Saxony you will find one of the smallest linguistic enclaves in Europe: Saterland. Here, even today, around 2,000 people still speak Frisian. Sater Frisian is, along with North Frisian (spoken in Schleswig-Holstein) and West Frisian (spoken in the Dutch province of Fryslân), the third variety of Frisian in Europe to be granted official status as a minority language.

Low German, popularly called Plattdeutsch, is Europe's most important recognized regional language. According to estimates there are some eight million speakers spread over eight federal states in northern Germany. Within this language zone, encompassing around a third of the area of Germany, Lower Saxony has more Plattdeutsch speakers (around two million) than any other German federal state.

Several regional dialects of Low German are recognized, some of which are highly distinctive. In Lower Saxony three of the six major varieties of Plattdeutsch are represented over a large area: Northern Low German, Eastfalian and Westfalian. 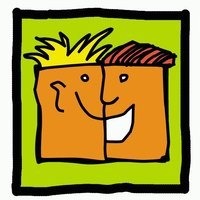